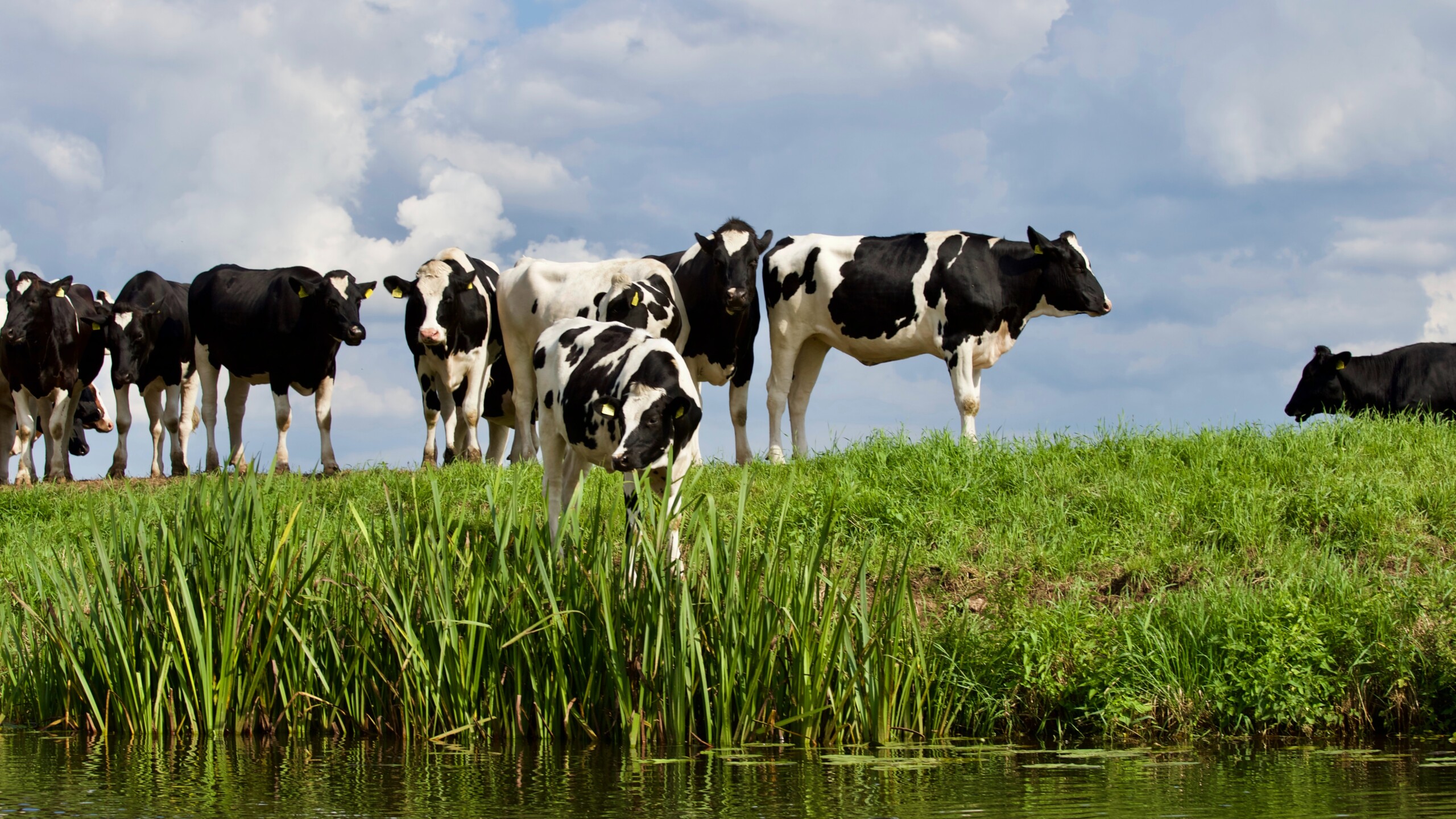 To handle cattle correctly, an understanding of animal behaviour is essential. The greater the handler’s knowledge of cattle behaviour, the better will be their ability to predict an animal’s response. When you can do that the job will get done quicker and easier with less chance of injury to animals or people.

Cattle, because of their size, strength, speed and potential for aggression, need to be handled carefully but with confidence. The most important aspect of handling any livestock is to be able to recognise and interpret an animal’s reactions. The beast’s body language will indicate its probable actions.

These are the handler, the animal(s) and the yards or facilities. All these elements are interdependent and we can break down the attributes of each element as follows:

Let’s examine the main characteristics of cattle that affect the way they should be handled: Animal Behaviour

Vision – cattle have excellent wide angle vision, around 330 degrees, due to the position of their eyes. This means cattle can see behind themselves without turning their heads. This means they can determine an approaching threat from almost any direction. They do have some difficulty determining depth at ground level, when they are moving with their heads raised. To see the ground clearly, the cow has to lower its head. This is why cattle baulk at shadows or distractions at ground level when they are moving along with their heads up. If you give them time to look down at any change of surface or ground level distractions, they will be more comfortable.

Herd instinct – cattle prefer to maintain visual contact with each other. An animal left alone in a yard will become agitated and may attempt to jump the fence to rejoin its herdmates. Each animal should be able to see others ahead of it as they like to follow the leader. If you have blocking gates in a chute, they need to be able to be seen through so the cattle can see the animals ahead. If a cow sees a dead-end it will baulk. Don’t force an animal in a single file chute unless it has a place to go and use the cattle following behaviour to fill up the chute. Wait until the single file chute is almost empty before refilling it. Make single file chutes are at least 6 metres long, 10 to 15 metres for larger facilities. 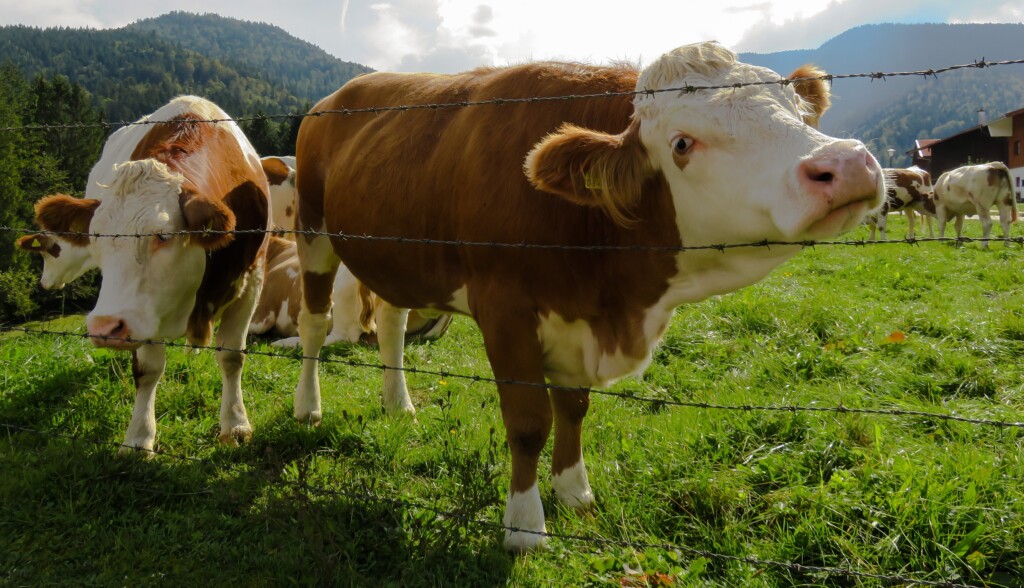 Behavioural characteristics – cattle will remain immobile when first threatened. Their first reaction is to stand still and assess the situation. If frightened, their natural instinct is try to escape.

Social animal behaviour – varies with age, breed and sex but social order in a mob is usually established at about 2 years of age and maintained by threats and butting. But when mobs are mixed, social order has to be re-established so aggression occurs until a new order is established. This sorting out period may make it a difficult time to move stock. Within the mob, there is an order of dominance. This can be seen during feeding when certain animals are always first to eat. Other animals tend to stand back until the dominant animals have finished. Dominance may also be seen when cattle are on the move and the same animals will usually lead the mob. They will also be the first of the mob to enter gateways. This dominance trait becomes a problem when the animals are in confined spaces such as holding yard and can be a cause of significant stress within a mob. Crowding of cattle will also increase aggression as the animals try to maintain personal space.

Response to light – uniform lighting is important as cattle avoid shadows which cause them to baulk. They may refuse to cross strong shadow stripes which can make moving them difficult. Cattle in the dark will move towards the light so if you are loading at night, shine a light onto the truck. Cattle may refuse to enter a dark indoor chute from a sunlit outside yard. You need to extend the chute outside the building or cover the outside yard area. Avoid glare in their faces as livestock tend to baulk if they have to look into the sun. Face your loading chute south and move the stock north to south when handling in summer.

Head movement – cattle look in the direction they are about to go so experienced stock-handlers can predict which way a beast will turn by noting the position of its head. To turn a beast, stock-handlers can then position themselves to turn the animal’s head. A good handler will watch the cattle in a mob and can anticipate a change in direction, or a breakaway, by noting the head movement of the cattle at the lead and edges of the mob. The handler can then take the appropriate action before problems occur.

The flight zone is the animal’s personal space. Just as you are uncomfortable with someone standing inside your comfort zone (usually an arm length) so are cattle. If you move inside their flight zone, the animal will move away. When you back off, the animal will stop moving. The size of the flight zone depends on wildness or tameness of the cattle, angle of handler approach and state of excitement of the cattle. The flight zone radius may be 2-10 metres for cattle used to handling and 200 metres for cattle that are only mustered once a year. If a handler shouts and excites cattle, this can enlarge the animals’ flight zone. Very tame cattle are difficult to move because they no longer have a flight zone. 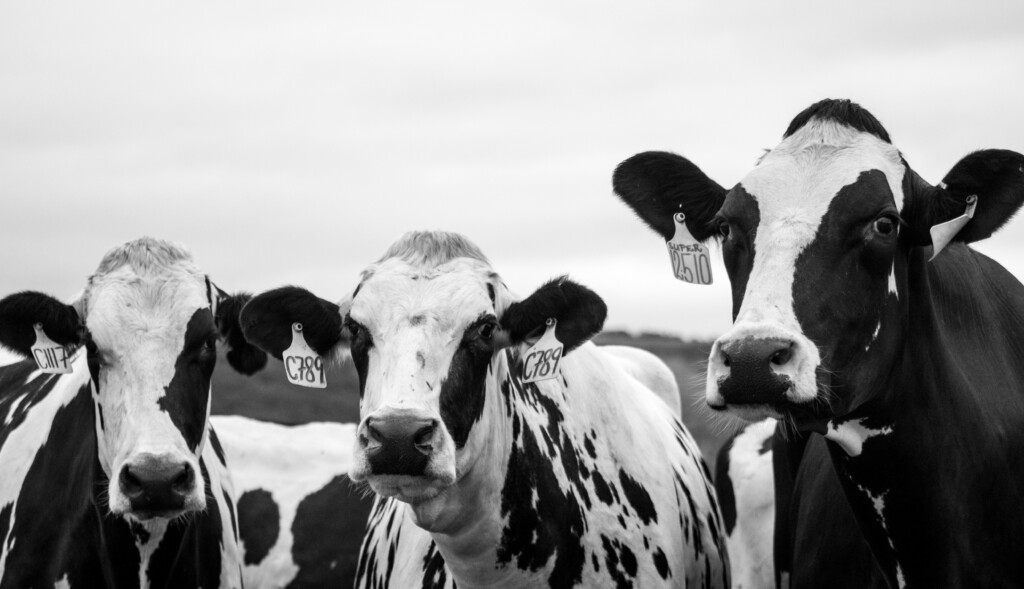 Knowing how to work the flight zone means an experienced handler can manipulate the animal with a minimum of effort. When the flight zone is penetrated, the animal will move away. A good stock-handler knows when to penetrate this zone and when to retreat so that the cattle move quietly in the desired direction. Attempting to drive animals by standing directly behind them is often not effective because they turn and look at the handler. An animal is best driven when the handler is situated at a 45-60° angle from a line perpendicular to an animal’s shoulder. Working at the edge of the flight zone, at this angle behind an animal’s shoulder, will see the animal circle away from you.

Point of balance – this is the point at the precise centre of the animal. Looking from a side view, this is behind the shoulder, and from in front, it is at the centre of the head.

This same principle applies to driving mobs of cattle as the principles of position and movement are the same for moving mobs or when handling individual animals. A mob of cattle has a collective flight zone around the group. When the handler penetrates this zone, the mob will move. When a mob is progressing in the right direction, the handler should work at the edge of the flight zone. By alternately entering and retreating from the flight zone at the optimum position of 45-60°, the handler can keep the mob moving in the desired direction and at a convenient pace.

Mobs/gateways – once a mob is moving through a gate, the handler should stay on the edge of the flight zone and only enter this zone if the cattle stop moving. A common mistake by inexperienced handlers is to stay within the flight zone when the majority of the mob has no escape route. This inevitably leads to cattle turning back and breaking away from the mob as they seek an escape route other than the crowded gateway.

Chutes – curved working chutes make for easier handling as they prevent the animal from seeing the truck, squeeze chute and handlers it is almost in the truck. A curved chute takes advantage of the animal’s natural circling behaviour. When you enter a pen the animals will form a circle around you and face you. As you move through the pen, they will circle around you. So a catwalk along the inside of the chute means the handler will be standing in the best position to move the animal and will allow the animal to circle away from the handler. Never have a catwalk overhead as this will disconcert the animal. Handle small groups in yards, say 8 to 10, instead of 20 as the cattle need room to turn. 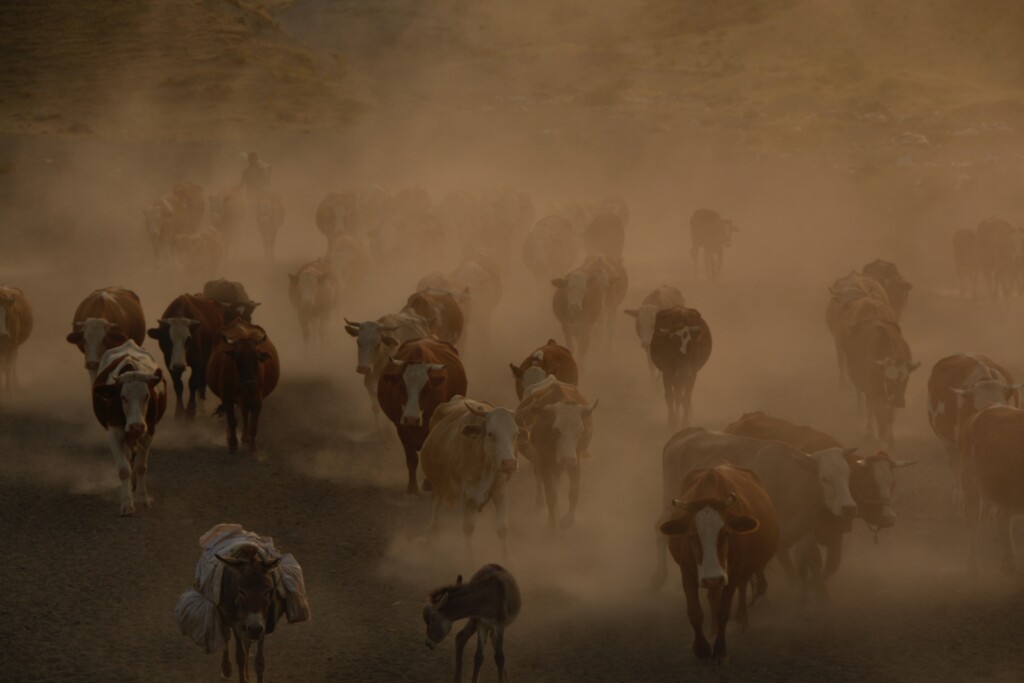 Cattle also do not like being singled out either in the paddock or in yards. They can become extremely agitated and aroused. Cattle also show signs of stress when they are isolated. A single animal left alone in a crowding pen or working chute will try to rejoin its herdmates and may charge the handler. If a lone animal refuses to move, release it and bring it back with another group.

Cows with young calves can be very protective, so handling them in the presence of their mothers can be dangerous. If you have children, this danger will be of great concern as calves always are of great appeal to children.

One of the biggest problems of having only one bull is that after the first mating, you will need to change your bull as he cannot mate with his own offspring – the genetic pool will be too small and mutations are nearly certain to occur. So after a year or so, you have to go through the whole saga again – choosing a bull, buying him, getting him home, checking his performance and so on.

Going once, going twice… going to the Auctioneering Championships