The Lowdown on Bulls 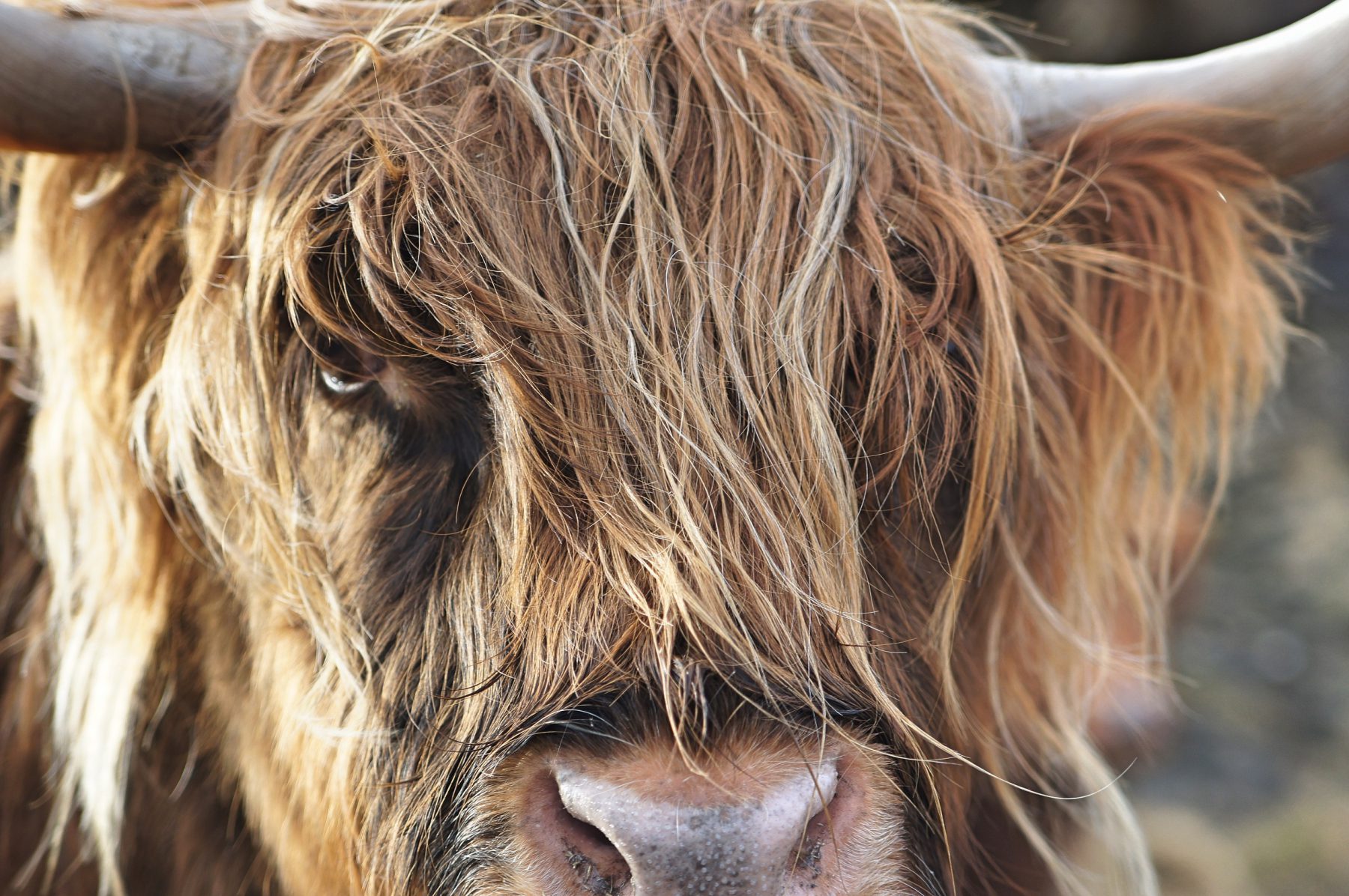 The prospect of keeping a bull is not an attractive one for most lifestyle block owners. Firstly, there is the cost of the bull, which might be as low as $1000 but more likely between $5000 and $10000 for a bull with a decent performance record.   The cost is heavily influenced by the genetic qualities of the bull, as well as its age and popularity of the breed. If you want to buy a rarer breed, like a miniature Hereford or an Australian Lowline, you may well be up for even more.

Once you have forked out for your bull, you have to be able to handle him. If you don’t have a trained dog, this can be a big problem, especially with older bulls. These tend to get very territorial and can be difficult to handle. They are dangerous animals, especially when on their own, and get worse as they get older.

If you have children, this danger will be of great concern. (See goodGround’s special report on ‘Lifestyle Block Family Safety’ for more vital information about this.) Bulls will always fight with other bulls and are prone to break down fences to play happy families with your neighbour’s cows – a happening that will not endear you to your neighbour. On a small lifestyle block, a bull can easily get bored so watch for signs that he is overly-interested in your neighbour’s cows or bulls. One of the biggest problems is that after the first mating you will need to change your bull as he cannot mate with his own offspring – the genetic pool is too small and mutations are nearly certain to occur. So after a year or so, you have to go through the whole saga again – choosing a bull, buying him, getting him home, checking his performance and so on.

Some other common problems with bulls:

You will also need to monitor your bull’s fertility and libido – he may have plenty of one but not much of the other, i.e. high fertility but low sex drive and vice versa. You may need the services of a vet to determine this.

If that has not put you off owning a bull, then go for it. Get onto your favourite stock & station agent and ask him to select one for you, either from a breeder or at an auction. A young, even a yearling, bull is probably the best bet as they will be healthier than an older bull.

If you know a fair amount about cattle, then you can buy one direct from a bull breeder. You should make sure that the bull conforms to the norm for that breed and has plenty of bulk in the rear. The bull should be able to walk freely and not be “post-legged” where his hind legs are stiff or too straight. He is going to spend a lot of time walking and balanced on his hind legs. The bull should have large testicles as generally the size of the testicles will determine his sperm capacity. The bull must be polled (no horns breed) as having horned stock on a lifestyle block is just asking for trouble.

If you feel you need a bull, but the costs of owning one are too high, they you might investigate sharing one with a neighbour. This will not only halve the costs but also see the bull more gainfully used. Being more active will mean he is less likely to get bored and cause trouble. The normal arrangement is to have the bull week about. It does mean some cows may miss being served when ready but you should catch them next time, seeing cows have a three week cycle.

Other options are to lease a bull from a bull stud or to take your cows to a neighbour’s bull. But if that still looks too expensive or too much hassle, then the obvious option is Artificial Insemination (AI) or Artificial Breeding (AB). In AI, sperm is collected from a bull and then, after dilution, is used either fresh or frozen to inseminate a cow when she is on heat. The biggest advantage is the wide choice of semen – you are not restricting yourself to that one bull’s genetic traits. You can use a different breed to that of your cows which is called “crossbreeding”. This hopefully will provide offspring that have “hybrid vigour” where the characteristics of the offspring are better than the average of both parents. With the convenience of AI, you can then select which breed you want to reinforce when it comes time to artificially inseminating those offspring. Or you can sell off the crossbreeds and repeat the exercise.

You may choose to keep things simple and just produce “pure breeds” by using the same breed of bull as the breed of your cows. The female calves can then be kept to build up your herd numbers.

So what’s the bad news about AI? You will need a dedicated facility where the AI technician can work. This means a good set of yards and a holding facility where the cow can be restrained so the technician can safely get behind the cow. There needs to be a clear working area behind the restraining area with a bench for the technician’s equipment. A washing facility is essential. You will need a bucket of cold water ready to thaw the semen stick. The whole area should be free of chemicals that might affect the semen, with all cow dung and dirt cleaned away. A shaded area or shed is ideal as the semen should be protected from direct sunlight. Don’t take the obvious shortcuts like using one semen straw for two cows or using hot water to thaw the semen straw, you are only reducing your chances of a successful AI.

The other problem with Artificial Breeding is determining when your cow comes on heat. This is roughly every three weeks and lasts about 12  to 24 hours. The best time for insemination is towards the end of this oestrus cycle. So if you see the cow on heat in the morning, you need to AI it that afternoon; if you see her on heat in the afternoon, then AI should take place the next morning. So you don’t have much time to observe if the cow is on heat and get onto the AI technician. It takes a little experience to determine if a cow is on heat but the signs are quite distinct.

These signs are sometimes not very obvious and it can happen that a cow fails to show heat signs but has ovulated. That means that you have lost three weeks but hopefully she will come on heat again in three weeks time.

What breed of cattle should you choose?

Every breed of beef cattle has its strengths and weaknesses, depending on the terrain, production facility and current market circumstances. To give you an idea of the range of choices, the following is a list of all the cattle breeding associations in New Zealand:

The predominant breeds are Angus, Angus/Hereford cross and Hereford. Other substantial breeds include Simmental, South Devon, Shorthorn, Limousin, Charolais and Murray Grey. The majority of dairy cattle are Friesian, with Jersey the next most common. Other breeds of interest to lifestyle block holders will be the compact breeds such as Australian Lowline and Miniature Herefords.

Lowline cattle were developed from the Angus herd which was established at the Trangie Research Centre in 1929, to provide quality breeding stock for the Australian cattle industry. Lowline cattle are 60% the size of normal cattle so you can run ten Lowlines where you would run six standard beef cattle. This is because a mature Lowline bull is about 110cm high and the cows grow to about 100cm. Their small size makes them easy on the land as they will not pug it up as much as a heavier beast. A distinct advantage is that yards and fences do not need not be as high as for other more standard cattle breeds. Lowline cattle are a docile breed, easy to handle and well conformed. They have become known for their feed efficiency and lower production costs. They produce half-size cuts of lean, flavourful beef.

Certainly there are more and more choices of livestock available to the lifestyle block holder and the wonders of Artificial Insemination mean these are available to anyone.

Hopefully this article has shown you that it is indeed practical to have cattle on a lifestyle block. Sure there are important issues to consider but modern technology like Artificial Insemination means any small block holder can stock cattle without having to worry about bulls rampaging around your property. But there are a huge range of options on just what age of cattle you should carry,  calves, weaners, heifers, steers, cows, bulls????

Everything you need to know about auctions A property auction is an exciting, fast-paced, public...

Summer is nearly here with the days drawing out and the weather hotting up! You know what that...

Fowl Play  Popular Chicken Breeds for your Lifestyle Block If you’ve got a lifestyle block and...